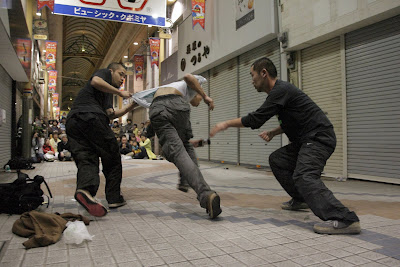 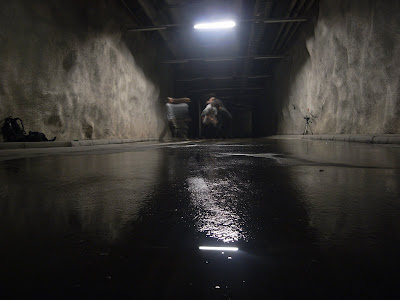 Four young Japanese men casually enter onto the stage while the house lights are up. They are wearing t-shirts and track-pants and still have their performance passes on around their necks. One is carrying a backpack, others have water bottles, and there is a video camera on a tripod. They could well be mistaken as backstage helpers preparing the stage for the next act, but as they empty their pockets, place their objects on the ground and begin to warm up, it becomes clear that they are not ‘helpers’ at all.